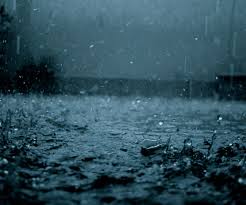 Waiting for the monsoon to arrive is exciting; one never knows when it would reach the city. Winters in Pune are chilly at night and dry and very pleasant during the days, and we have felt blessed to start our India-adventures during that period. We have been here for almost half a year and during this time, especially the last few months, people have been telling us about the ‘best’ season in Pune – The monsoons!!!  Unfortunately, the last few months have been exhausting. The Pune heat has been very severe and for the first time in my life, I found myself looking forward to some rainfall. The official date for the monsoon to arrive in Pune is 8th June, a date that is probably written in a lot of agenda’s; ‘8th of June, relief will come’. However, everyone also knows that the monsoon sometimes gets delayed. Thus, the monsoon behaves exactly like the way a lot of people in India deal with time; the monsoon arrives according to the IST, the India Stretchable Time: everyone knows that it will eventually arrive, but nobody knows when. And, obviously, everyone also knows it will reach Pune with a ‘little’ delay. Last Monday, on June 12th, only a few days behind schedule, the monsoon finally arrived in Pune. Looking back at that pre-monsoon period, it felt like an exciting time. Nobody likes waiting, especially when things are uncertain; it’s almost a universal human response to get a bit irritated. At the end of the hot period, during the last weeks of May, I noticed that the weather slowly started to change. Clouds began to move in, causing a higher humidity. It still felt very hot, but the temperatures were slowly beginning to decline, followed by days with very high temperatures. People around us, spoke of promises of some ‘pre monsoon showers’, but the only thing that I had experienced is some light rain that my colleagues at work called ‘drizzle’. The days passed by very slowly, without any sign of upcoming rain. And when the last weekend started before the monsoon hit Pune, also then nothing happened. Everyone around us knew that the Monsoon would hit Pune ‘within a few days’. Funnily, the monsoon arrived unexpectedly. On Monday morning, the sky turned dark in a very short time, and it finally started to rain. People in the office immediately walked towards the windows, and started eying at me saying ‘yes, it is here’.