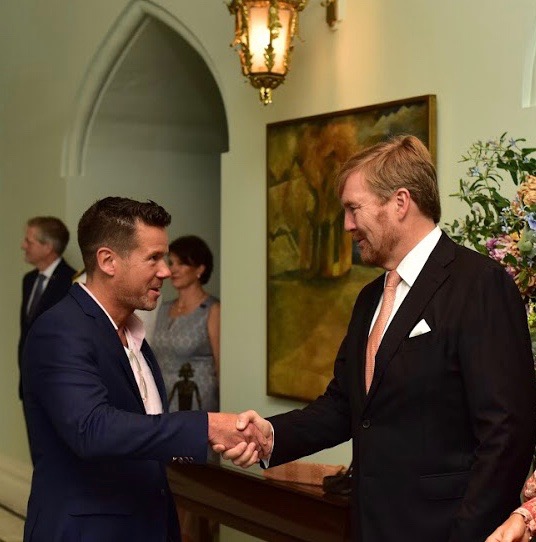 I’m a proud Dutch citizen and proud of the position that we have in this world. The Netherlands is a tiny country with a little more than 17 million people, which is less than the population of the second largest city (Mumbai) in India. Despite the size of the country, we’re a frontrunner in many aspects. Measuring the countries in the world by GDP, we’re the 17th largest economy. The GDP per capita at 58,000 dollars a year, is one of the highest in the world, only topped by Switzerland, the United States and some Nordic and Middle Eastern countries. Moreover: we’re also the frontrunner in implementing very progressive laws. We were the first country in the world to legalize same-sex marriages and one of the first countries to legalise the possession of soft drugs. We’re also known for our very progressive tax laws, which is one of the strongest enablers of our social security system. Our healthcare is up to the mark and available for every individual residing in the country.

We’re the ideal society. And we’re a Kingdom. Does the intro sound as if I’m talking about a very progressive nation, with more than average socialist norms? Not at all. We’re actually a Kingdom and the conservative parties are more powerful than one would think. Our current King, King Willem-Alexander, took over the throne in 2013 after his mother’s abdication. He’s the official head of state, but like India, with Ram Nath Kovind as the President, the country is run by the Prime Minister and his cabinet.

A King without a (public) opinion. Not only does our Kind have very little power, he also doesn’t have an opinion. When he speaks in public, he tends to stay very neutral, especially discussing controversial topics. Although he might have an opinion on a lot of things as a private citizen, he doesn’t voice this in public. And if he does, the Prime Minister is responsible for the consequences. Mark Rutte, the Prime Minister since 2010, is the ‘official spokesperson’ for the King, especially while dealing with things our King says publicly.

The coolest King in the world: he still works as a KLM-pilot. One other novelty about our King: he has been working as a commercial airline pilot for years. One could still bump into the King whilst boarding a plane at Schiphol Airport, although he’s not been flying that much in recent years.

Official visit of the King to the Indian Subcontinent. Our country has an excellent understanding with India, the political ties have been solid for years. PM Narenda Modi has visited the Netherlands during many occasions. His last visit was in 2017. Our Royal family has also visited India during many official and private trips. The last official state visit happened in 2007, when Queen Beatrix was still in power. The current King, then Prince of Orange, was also part of the delegation. Whilst visiting the country often as a privately, King Willem-Alexander hasn’t visited India since 2007 in an official matter. A couple of months ago, I received a WhatsApp message from the Consul General, informing me (and other people in his WhatsApp address book) to submit our details to meet the royals during an upcoming official State visit.

Once in a lifetime chance to meet the Royals. I immediately went online, because this could have been the once-in-a-lifetime chance to meet the King and Queen. It took a couple of weeks until we got the green light and a beautiful envelope was delivered to us with the official invite. I’m pretty sure it helped that I’m employed by an official ‘Royal’ enterprise, Royal KPN. In addition: I’m not sure if and how, but they might have checked my background. If they did this, I’m ‘clean’; I’ve paid all my taxes and there are no outstanding parking tickets.

The beautiful Taj Mahal Palace Hotel in Mumbai. We had to arrive at the Taj Mahal Hotel in Mumbai with our ID’s on Wednesday 16th October. The invitation was clear about a couple of things: switch off your phone during the visit and be there – in a ‘tenue de ville’ – before 6pm. To my surprise, the security arranged for this event was very limited and almost invisible. We only had to cross a metal detector, no bags were scanned, and we were not even frisked. The organisation did a great thing by holding this event in one of the beautifully decorated areas of the hotel, with a proper view of the Gateway of India. It was probably funded by taxpayer’s money, which would also include mine, and they did not micromanage the budget; the wines were good and the snacks excellent.

Private conversation with the Queen. We didn’t come all way to Mumbai just for the wine! The icing on the cake was a proper handshake with the Royals, who were waiting in the hallway to greet all the guests. It was a great honour to meet ‘my’ King and Queen! I was also very lucky to have the opportunity to talk to the King and Queen about specific topics. I was invited at the table to talk about the IT industry within India, together with 4 other guests. We had the to honour to speak to the Queen, who not only was very kind but also very knowledge. At the end of the event the King talked to the public, without any speaker notes. They walked outside to visit the nearby Gateway of India. This was a memorable experience!