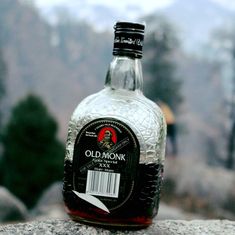 In an immense country with people from various religious backgrounds, alcohol could be seen from several different angles. Whereas a lot of modern people see the benefits and fun of drinking beer, wine or whisky from time to time, specific religious groups have opposing views on this topic. For the almost 200 million Muslims in the country drinking alcohol is seen as an offence. Thus, the ‘marriage’ of alcohol within India is not very solid.

For an outsider, it’s very difficult to really understand the underlying factors which drives the various views. Is it culture? Religion? Or are views on alcohol primarily based on your peers? If one mainly hangs out with beer drinkers and the designated family strongly opposes the consumption of alcohol, what would happen? The actual rules and regulations are easy to understand, but the consumer behaviour on this topic is complicated.

I’ve written down my personal top eight with some surprising facts or personal experiences about alcohol in India.

If you drink, do it with friends. And if possible, please try out some of the Indian-brand beers, wines and liquors. What about Black Dog whisky? Or Sula wine? And my all-time favourite, believe it or not: Old Monk dark rum.