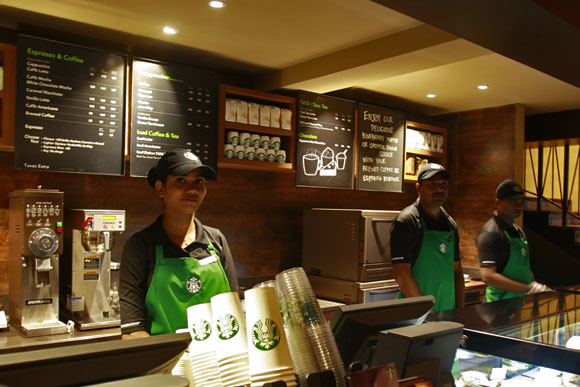 Have you ever heard about the Big Mac Index? The objective of the guide, invented by the acclaimed magazine ‘The Economist’, was to research whether currencies are at their ‘correct’ level or not. It is based on the Economic theory of purchasing-power parity (ppp). An elegant explanation of ppp could be told by the following example. Imagine a happy US-based family with two kids from a lively suburban town in South-Arizona. John is 37 years old. He’s a reserved local from a conservative mining village in the near vicinity. John has been married to Betsy for close to a decade. Betsy is an open-minded assistant-pharmacist, with modern views on politics, tax and government policies. Unfortunately, she had had to quit her job four years ago, when Ryan was born. Ryan is the oldest son in the house, an adorable blond kid with a lively character. He usually plays outside of their very remote house and collecting bold shaped stones is one of his hobbies. John, who has a professional approach towards work – has a yearly income of 62,000 US Dollars. Their financial situation was very stable, until Betsy quit her job. Now, the family needs to sustain themselves on only one salary. Last year their monthly medical insurance premium increased drastically, mainly because Susan was born. The insurance covers almost everything, but is has a price: the monthly payments exceed 600 dollars. Keep the family of John in mind when you read the following text about a similar family in India. Shakil met his wife Pranoti five years ago and they immediately fell in love. After some hassles with both parents wanting them to marry others, Shakil decided to propose and Pranoti immediately said yes.

They are very happy together! Pranoti is a street-smart woman with a very basic education. She has managed to climb on the career ladder and has become an assistant manager of a local grocery shop in their native village. For her hard work, she earns Rs 13.000 monthly, 2,600 US Dollars yearly. Shakil’s father owns a two-wheeler repair shop in a nearby town. It has always been his dream to have Shaki work in the shop for the expansion of his business to other areas. But Shakil had other ideas and dreams during his childhood; he wanted to be on the roads! After he finished school, he immediately got his driver’s license and worked as a cab driver for 8 months. Bored of the limited work area, he decided to get his truck driver’s license. Soon, he got a job as a truck driver. He treated his tiny truck, a colorful ‘goods carrier’, as his own; if he was not on the road, he washed or cleaned ‘his baby’. When he called old friends from school, he always asked them the same question: ‘do you know where I am’? An average yearly income of a truck driver in India is approximately 2,700 US Dollar, a bit more than his wife’s salary. The total household income is 5,300 USD Dollars, only 15% of the 62,000 US Dollars of John and Betsy, which sounds very sad.

Luckily it isn’t that sad at all. The Indian family can buy a lot more goods and services with this income. I couldn’t find an online exchange table but I’m pretty sure that the family income is actually much higher in US dollars/ppp. My guess: it will easily exceed 20,000 US Dollar based on the purchasing-power parity. The very simple reason: a lot of stuff – renting a house, purchasing groceries, electricity, mobile phone connection – is much cheaper in India. Let’s refer back to the Big Mac Index. The Economist website presents the price of a Big Mac in every part of the world and compares it with the price in the US. A Big Mac in the US will cost you 5,30 US Dollars. An interactive map tells you in what parts of the world a Big Mac is under- or overvalued. Some eastern countries (Ukraine) is in the ‘Undervalued’ segment, which results in the price of a Big Mac costing a fraction of what it would in the US.

Mc. Donald’s has a large presence in India, but it’s not very successful. It’s a joint venture between two companies and both parties are currently fighting in various court battles. It’s easy to jump from burgers to coffee. The Indian population has been drinking tea for decades. Chai, the very energizing combination of strong tea with milk, ginger, cloves, cardamom, cinnamon and a lot of sugar, is a national beverage; it’s the Indian Red Bull, which gives millions of people the power to move on. But the population that consumes coffee has increased very dramatically. A local association (cannot find the link to the website) reveals a 50% increase of coffee usage in the last decade. I’m not sure what caused this steep incline in coffee consumption. Was there a special government campaign to tell the benefits of drinking coffee? Has it something to do with the widespread availability, the distribution power? Or is it the flourishing business of the many coffee outlets that you can witness in all parts of the country? As always, multiple drivers would have helped to popularize the energizing drink.

In Pune, it is very easy to find a good place to drink coffee. More and more traditional cafés have started to sell coffee. Where the traditional price of a chai is generally Rs 10, a coffee is a bit more expensive, ranging from Rs 14 to even Rs 99 when it’s a cold coffee. Or you could go to one of the western-oriented outlets, like Café Coffee Day and Starbucks. Café Coffee Day has a large presence in within India, with multiple outlets across the various cities.  I their coffee; they serve good quality coffee for reasonable prices. Unfortunately, they generally open at 10 or 11pm and I prefer a good coffee early in the morning. So I moved to Starbucks for my morning energy booster. Starbucks is a Tata-Starbucks joint venture with approximately 6 outlets in Pune. It’s cozy inside, the coffee is very good an almost every Starbucks-associate in Baner or Aundh know’s my name; ‘Good morning Jasper, a tall caramel latte?

Going to Starbucks is fun, but is comes with a price. A big price. Starbucks is a rich-kids hangout which serves coffee at European (+) prices. My daily shot of caffeine cost me Rs 260 which is Eur 3,40. I sometimes feel guilty and angry; you can feed a family with two kids in India if you take them to inexpensive restaurants. And if they prepare their own food, you can feed them for a whole week. Coming back to the Big Mac Index, initiated by The Economist. What would my morning coffee cost if I buy it in The Netherlands? Unfortunately, there is no ‘Starbucks Index’, with an interactive heat map. But I have been in some of its outlets in the Netherlands. Starbucks is a bit more costly in the Netherlands, but the difference is negligible.